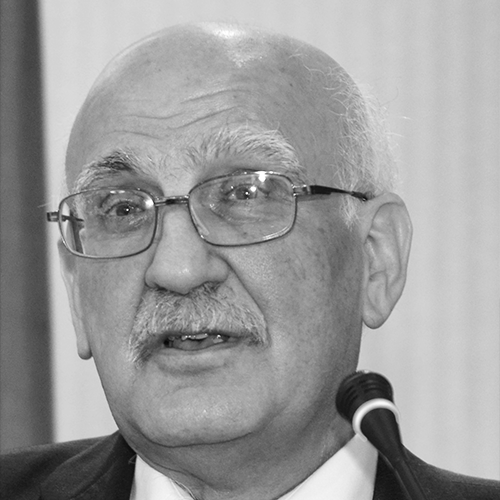 Professor of Physics, University of Illinois

Munir Nayfeh is an atomic physicist renowned for groundbreaking work in nano-science and technology. He received his BSc from AUB and PhD from Stanford. He was a postdoc at Oak Ridge National Laboratory, a lecturer at Yale, and is currently professor at University of Illinois. He authored Electricity and Magnetism, and Fundamentals and Applications of Nano Silicon, and co-edited three books on lasers. He uses the trademark “Dr. Nano,” to simplify nanotechnology for children. He holds 23 US patents in nanosilicon, and founded – NanoSi Advanced Technologies, NanoSilicon Solar, Parasat-Nanosi (Kazakhstan), and Reach-NanoSi (Palestine) – promoting high-tech devices with diverse applications from solar energy and lighting to early detection-treatment of acute disease. Nayfeh is on the advisory board of KFUPM, Saudi Arabia and SHTP, Vietnam. He is an IAS fellow, and president of the Network of Arab Scientists and Technologists Abroad. He received the Beckman, AT&T, Industrial 100, and Energy 100 Awards.