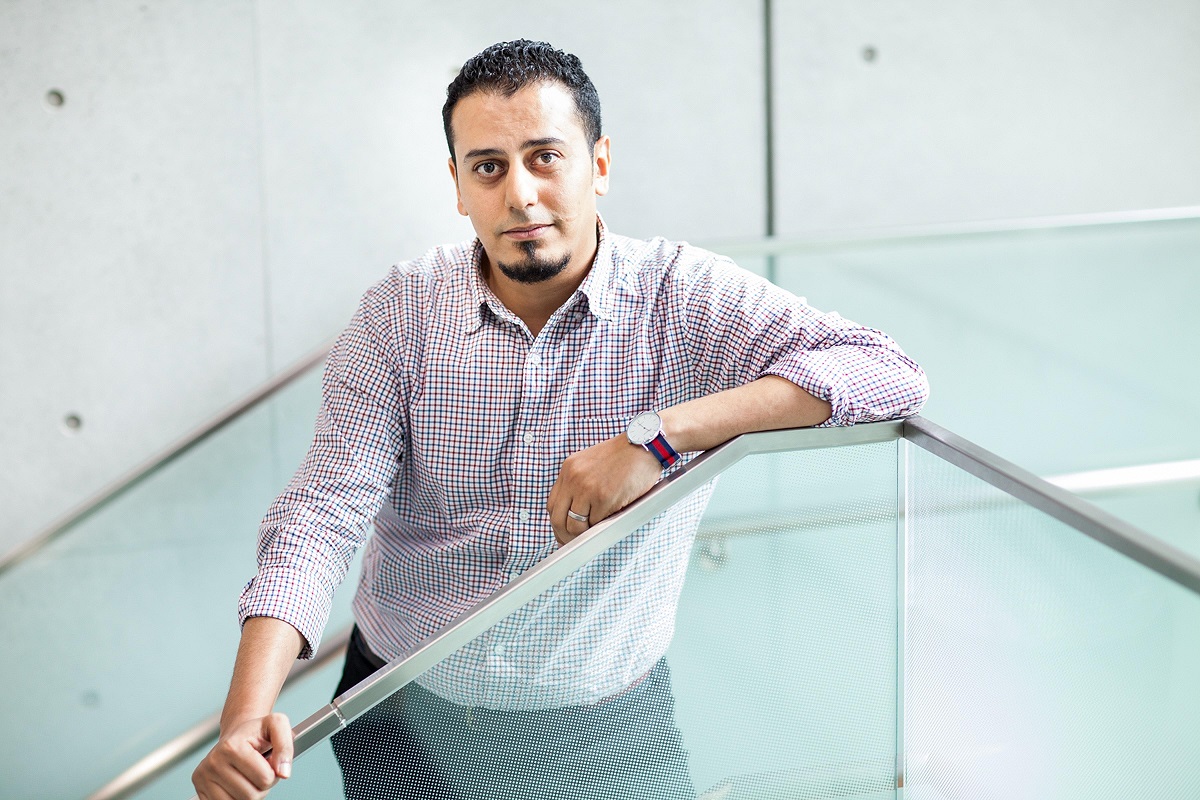 This article was written by Abdelkader Nasreddine Belkacem, one of the IU35 MENA Winners in 2018.

Last September 2018, I have been selected as one of the 10 MIT Technology Review Innovators Under 35 in MENA region. Therefore, it was a great opportunity for me to attend EmTech conference at Dubai city. That was the best experience I have ever had. I met many outstanding thinkers, leaders, businessmen, and scientists over the globe. We have discussed and shared many crazy ideas and perspectives that are going to change the world in the upcoming years. My talk was entitled: Can we take multitasking to the next level using brain-machine interface?

I became aware of the field of brain machine interface or brain computer interface (BMI or BCI, the possibility of controlling any external device using neural signals) in 2006 when a mentor of mine introduced me to the possibilities and strong future prospect for human machine interface. I asked him to supervise my graduation project on this topic unfortunately having neither the knowledge nor the equipment required to realize this dream in Algeria at that time. Because I am something of a dreamer and an optimist though, I became dedicated and enthusiastically committed to pursue research in processing brain waves for control of external devices. I did my best to study English and learn by myself everything about BCIs from internet (no books in BCI filed were available in Algeria at that time), downloading real databases of EEG brain waves for my personal research and experimentation. In this way I gained a lot of experience and expertise in this field, and was able to obtain a doctoral scholarship award from Japan International Cooperation Agency to continue my training with Japanese experts in 2011. In Japan, I was able to gain experience in recording brain signal myself, and I rapidly attained mastery of the experimental techniques. After replicating many researchers’ experiments, I began proposing my own experimental paradigms to discover some new results (brain features, algorithms and so on) that may be applied in real world applications. I tested many wrong ideas before hitting on the right ones.

In 2014, while still working on my Ph.D., I found a new practical electrode position behind the ear to record eye movements from brain activity (EEG) to improve existing eye-tracking devices and succeeded to control a video game in real-time using his own idea. This proof of concept work has been improved to have a huge impact on enhancing the performance of not only handicapped people but also able-bodied.

Since 2015, I have been working as an assistant professor in the Endowed Research Department of Clinical Neuroengineering, Global Center for Medical Engineering and Informatics at Osaka University, where I have been participating in research project called ImPACT (Impulsing Paradigm Change through Disruptive Technologies Program/Actualize Energetic Life by Creating Brain Information Industries). One part of my current research is aimed at advanced real-time control of Gemanoid using MEG-based BCI, involving many very prominent researchers and experts including Prof. Hiroshi Ishiguro (the Japanese researcher famous for creating a robot copy of himself), and the clinical neurosurgeon Prof. Masayuki Hirata. In my laboratory, we work as a team on many research projects such as development of BCI technologies for clinical and non-clinical applications which help patients with severe motor and communication disabilities.

My last idea of real-time MEG-based brain-Geminoid interface for enhancing human multitasking ability was in fact inspired by a science fiction movie in which humans are able to control more than four artificial hands using brain activity. After seeing this idea, I began my research in attempting to control Geminoid (human-like robot) hands using brain activity, with the goal of making this science fiction a reality.  This idea is a new approach to enhance a user’s ability (human multitasking) to interact with a complex environment through a multidimensional BCI.

Because I have begun to understand what is going on in the brain during bilateral movements, I have already started developing a new experimental paradigm for brain-controlled third arm to take the multitasking abilities to the next level. In the meantime, I am still working on my first idea to develop the first prototype of a low-cost wearable eye tracking device for detecting the warning signs of fatigued and drowsy driving with mobile app for fatigue scale to take some preventive action to save people life, improve the performance of workers/students and their productivity, and decrease the car and job accidents (see Fig.1).

Fig. 1 My proposed device for recording eye movements and brain activity. For instance, this device can be used for detecting sleepiness, fatigue or drowsiness which slows reaction time and impairs the decision-making skills.

After been selected as MIT Technology Review innovator under 35 in MENA region, I became more active and started focusing more on my dream which are how I can make a suitable BCI product for daily-life uses and how I can bring this BCI technology to the Arab world. For instance, few days after I have participated to Brain Computer Interface Designers Hackathon at IEEE SMC 2018 (Miyazaki, Japan) in October 7-8 for developing brain computer interface in 24h. My team won the first prize for developing EEG-based Brainio Bros game control which is a novel cooperative game. This game is cooperatively controlled by two people using brain waves. The two users advance through the game together, one as the “player” and the other as the “supporter” providing assistance. We assumed that players would be able-bodied, while supporters would include people with severe disabilities. Furthermore, I wrote a book chapter in Arabic about the effect of the combined efforts of majority and minority communities on the renaissance of the civil state where I pointed out on work culture affect us and how important collaborative friendly behaviors are to develop our counties. Also, I started using social media and making YouTube videos to spread scientific culture and improve the trustable scientific contents in Arabic language.

From January 2019, I have moved to the United Arab Emirates University as an assistant professor to Start working on my dreams. I have been invited as a speaker at the 4th Joint UAE symposium on Social Robotics to discuss with other outstanding thinkers in a roundtable the interdisciplinary and diversity in social robotics research. Recently, I have been busy writing many grant proposals for controlling a swarm of drones and robots using brain activity to get some research funds and establish the first laboratory in the field of brain machine interface in the MENA region. My dream has been always to transfer the know-how of BCI technology to Arab world. Although, I developed many technical and personal skills in Japan, and was ultimately able to succeed and prosper in a challenging environment, I still look forward to new future challenges with optimism to not only build brain machine interface applications but also to teach young students how to make more innovative BCI applications by themselves.