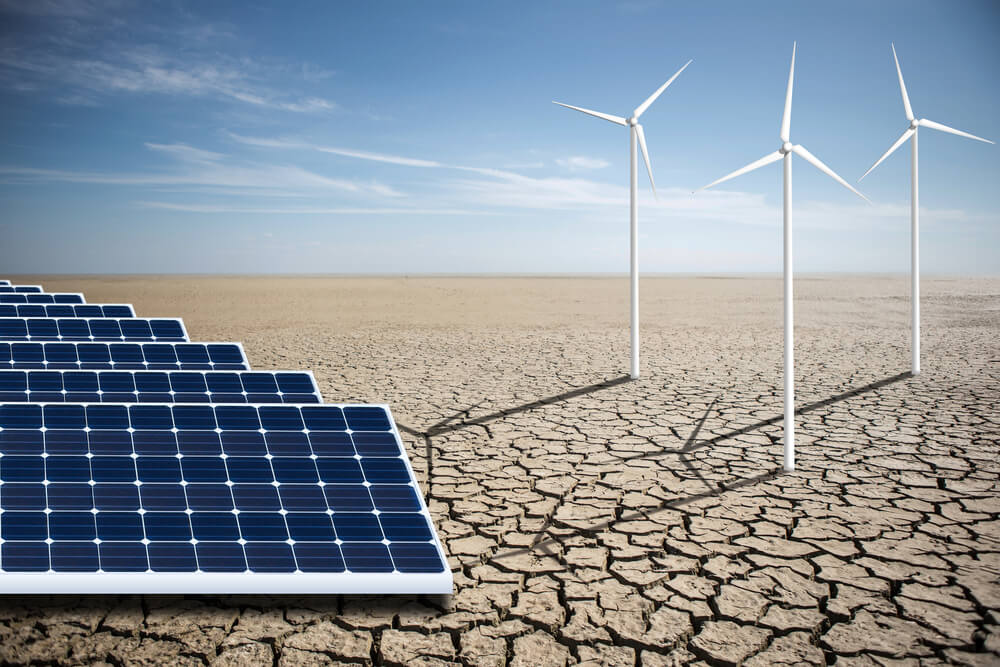 In 2011, three Egyptian and one French youth were let go from their positions because of the closing of the renewable energy division in their previous company. These four shared a personal passion for renewable, clean energy, a matter the only received limited interest in their country despite its vast horizons and huge opportunities. They decided to invest in the field with their own private funds, and the start-up earned its first project in a matter of months, but soon took a new and different direction from the rest of the Arab renewable energy experience.

Commonly accepted statistics indicate that global temperatures have risen by 1.9 degrees Celsius in the last 150 years and that the levels of carbon dioxide in the air have reached their maximum levels in over half a million years, with the ocean level rising by 17 centimeters. All of these are dangerous consequences of – primarily – humanity’s overuse of fossil fuels (oil, coal, gas) to generate power upon which we have built our current civilization.

In addition to these catastrophic problems, the amount of fossil fuels available on the planet is limited, and won’t last humanity a very long time, as a number of its sources are close to running empty within the coming years. On the other hand, renewable energy sources – if invested and worked upon properly – are able to replace fossil fuels completely, among these sources, particularly in the Arab world, is solar energy.

KarmSolar began its first project in Egypt’s western desert, in an area of the province of Giza called the Bahariya Oasis. The startup’s work at that point was limited to implementing one application of solar energy, using it instead of diesel fuel to operate water pumps. In desert environments that are isolated and hard to reach such as these, water becomes a highly needed resource. Because the areas are so far from the power grid, acquiring energy becomes a serious challenge, as farmers become burdened with the huge cost of sourcing fossil fuels to operate their water pumps, making solar panels an economically and practically sound option.

The startup, therefore, developed a system for this purpose called Maximum Power Point Tracking (MPPT), and registered the patent for the system in the US. The system is a more stable algorithm for controlling solar energy and dealing with its variations. As a result, KarmSolar has extracted 1.5 megawatts of total energy at the Bahariya Oasis, but its founders ambitions far exceeded this level of output.

Lara El Kalamawy – Senior Business Developer – in a discussion with MIT Technology Review Arabia informs us: “In 2018, KarmSolar was the first solar energy company in Egypt to be licensed to distribute electric power.” This license was a categorical transformation for the startup’s work, as instead of being satisfied with producing solar energy and installing its systems, KarmSolar was now part of the full stream of power production. Starting with developing energy, transporting, distribution, and connecting the user with energy, they had become on equal footing with national electrical companies that undertake to provide power at every step from A – Z.

Initially, KarmSolar was selling solar energy systems at full price, making a number of institutions hesitate to invest because of its perceived high cost, but after licensing, the company was able to buy personal plots of land to create power stations or make use of the consumers land. From there, the company sold consumers the power generated charging them only a monthly fee based on kilowatt consumption, just as the public power grid does.”We can charge our clients fees lower than that of the government,” says El Kalamawy. “We still manage to make enough of a profit, considering that solar power is the cheapest source of energy in the world right now, making it very economical.”

After some time, KarmSolar’s business and projects developed into a whole new level, among the most important of the new developments were the Juhayna Farm Project in 2015. Located in the Western Oases, the project to five months to build, and now generates enough power to cover all the needs of the farm, which produces 500 acres of crops and holds 4,000 heads of cattle. In the second stage of the project, the farm is going to expand – with the help of clean energy – to become one of the largest farms in the Arab world.

The interests of the company are not restricted to the generation and distribution of clean power, but also to a number of different applications that increase the level of harmony with our environment and nature. Among such applications is clean construction, and in 2013, KarmSolar transformed into a group of companies that manage different institutions such as KarmSolar and KarmBuild, the latter works to employ civil engineering in the service of the environment and its sustainability, using local products to lower expenses.

“KarmBuild constructs houses and buildings that use significantly less energy,” says El Kalamawy. “We achieve that through – for example – a careful study of the window placement and their number to let in sufficient light, replacing artificial light sources and reducing the consumption of electricity, maximizing the efficiency of used energy. […] Additionally, every project that KarmBuild creates must make use of solar energy through previous planning during the design stage to place solar panels in a position and angle that ensures the highest output of collected energy.”

“Currently, KarmSolar operates nine solar power stations in Egypt to regularly produce 12 MegaWatts of energy, saving the consumption of around 20,000 liters of fossil fuels a day, and capable of providing almost the entire energy needs of 2,000 households,” continues El Kalamawy. This number is only a small fraction of the future projects that the company is working on, as it has announced a number of contracts and partnerships in the last year, some of these reaching 500 million EGP (30 million USD) to build a group of solar power stations around Egypt with a total capacity of 166 megawatts, which would satisfy the total energy needs of a medium-sized city.

Despite the great success achieved by KarmSolar, which began as a startup founded by young manpower and now reaching a level of major projects worth tens of millions, there are still some established challenges. Some investors are not keen on the renewable energy sector, fearing non-traditional investments, which still poses an obstacle to the company’s growth and the launch of new projects. On the other hand, KarmSolar has reached a new standard that cannot be denied in bringing clean energy to an Arab market and developing it in a modern, responsive, and entrepreneurial manner that meets the needs of the market and allows for home in a much more secure and sustainable future economy and environment.

This article was originally published in Arabic on technologreview.ae. You can read it here: